Ericsson vs. Aircel- The former moves to Delhi High Court to recover dues 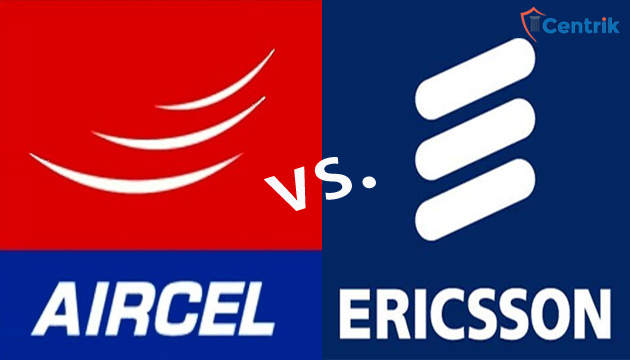 Recovery of debts has become a major problem in India and even the big corporates and MNCs have also been adversely affected by it. As we all know about the recent market trends where it has turned sluggish, this has also become a problem for big corporates on getting their money back as businesses are running out of money.

Recently, Swedish telecom equipment manufacturer Ericsson has moved to Delhi High Court against Aircel and its units to get their debts back worth Rs.251.40 crore, placing them into third position to demand of debts from the bankrupt operator.

“We have been given to comprehend that a ruling which was made by National Company Law Tribunal was just for Aircel Ltd and does exclude its units Aircel Cellular and Dishnet Wireless. Since Ericsson was rendering their services to each one of the three units, the request for debt recovery is from all of the three firms,” Ericsson’s insight Anil Kher said.

NCLT, Mumbai had accepted the petition for the insolvency of Aircel 12 days back. It was filed by Dishnet Wireless and Aircel Cellular after four months of efforts to get it settled outside the court. Banks had acknowledged the organization’s demand to proceed with the debt restructuring. The decision taken by Reserve Bank of India has left Aircel with the only option of going for bankruptcy under the Insolvency and Bankruptcy Code.

Tower firms GTL and American Tower Corp had before moved the Delhi High Court to recover Rs 912 crore and Rs 224 crore from Aircel. The Idea and Vodafone cellular now not taking up any of the calls coming via Aircel network because payment was not made for inter-connection fee. Aircel owes Rs 60 crore to Idea and the debt amount to vodafone is still unrevealed.

This will be the second major fight in court that Ericsson is pursuing to get their debts back. Previously Ericsson succeeded in getting an arbitration tribunal to temporarily halt the sale of most of Reliance Communications’ wireless assets to Reliance Jio Infocomm . Ericsson is attempting to recover over Rs1,000 crore from RCom.

In my opinion Debt Recovery has taken up a very vital role in the market with the increasing rate of defaults. Many Corporates and MNCs are coming upfront to deal with their bad debts and sue their debtors. It’s time when this Country and its business policies need to efficiently deal with bad debts and work on building their Goodwill. A balance sheet reflecting minimal bad debts portrays a healthy Company.