Does RERA Authority have the power to grant interest? 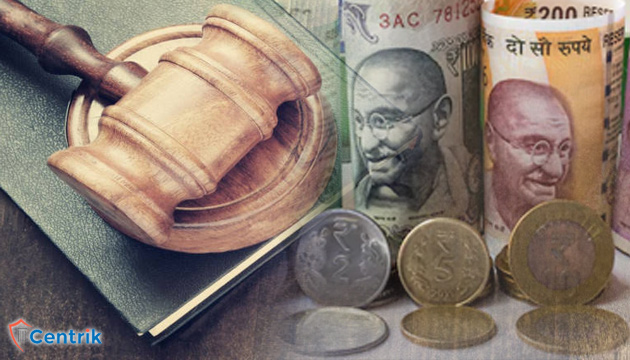 After the RERA came into existence every State had to establish the RERA Authority where the aggrieved home-buyers can file their grievances; alongside for deciding the quantum of compensation the adjudicating authority was empowered.

In many complaints, the builder contends that “Interest” is in the nature of compensation and it has to be decided by the Adjudicating officer and RERA Authority does not have any jurisdiction related to the decision of granting interest.

Having said that, the Haryana, Panchkula bench decided this matter and passed an order that the if the payments are well established and the respondent has not disputed the same then the interest payable on refund is not in the nature of compensation hence there is no need of detailed inquiry by the Adjudicating Officer, and the authority is having the jurisdiction to order refund along with interest to the complainant.

Going into the details of the orders the complainant has prayer the refund of amount paid along with the interest, as the project has not been started even after 7 years of booking to which the respondent contended that the Authority is not having the jurisdiction to adjudicate the complaint as the project has already got the partial completion certificate and that the claim of the complaint is in the nature of compensation again the jurisdiction to adjudicate is with the Adjudicating office but not with the Authority.

The authority in its order discussed both the contentions of the respondent in the following way: –

The object of the registration is to monitor the compliances and the growth of the project. Section 11 of the Act cast the duties of the promoters and in this section it is nowhere mentioned that these duties are only casted on the promoters of registered projects. Further Section 11(4) emphasize the responsibility and obligations of the promoter under Act, Rules and agreement shall be extended even after the date of completion and possession.

Section 71 r/w section 72 of the Act empowers the Adjudicating officer for adjudicating the compensation after holding the enquiry but the said provisions is not putting up a bar on the Authority to grant relief in the scenario where the enquiry is not required to ascertain the claim on the basis of Act, Rules or Agreement.

The Authority in this complaint has particularly ordered the refund with interest by claiming jurisdiction to adjudicate the complainant on the basis of Act, Rules and Agreement by observing that if the claim is not disputed and does not require an enquiry then authority is having the jurisdiction to entertain the complaint and grant the relief.

At last, it is very much clear by this discussion that interest is not in the nature of compensation and the power to grant the relief only lies with the RERA Authority.