Delay in Possession, The current numbers and the road ahead 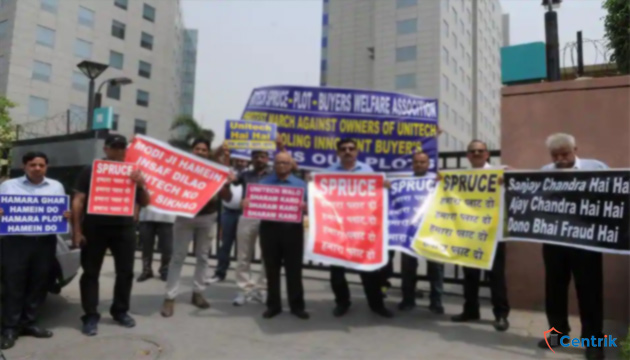 “It is tangible, it’s solid, and it’s beautiful. It’s artistic, from my standpoint, and I just love real estate.”– Donald Trump

Well Well Well ! This viewpoint of the current U.S.A president is very much reflective in the Indian market as well. Thousands of people in hope of owning personal homes or with an investment viewpoint have put in huge chunks of their hard money in the real estate market or to be precise in the new market of society homes which have cropped up like mushrooms in the metropolitan cities of India. The builders saw this as a golden opportunity and every builder in the town raised money from innocent homebuyers, took loans and started developing societies across big cities of the country.

The innocent homebuyers never realized the fact that the market was unregulated and lacked any stringent legal regime thus giving the builders the room for misuse and fraud. This resulted in delayed possessions or no possessions at all and even in cases where apartments were given the amenities promised were lacking or not at all present in the developed projects. A recent study done by a real estate firm showcases startling number of Rs. 47 billion being stuck in delayed projects across India . The major amount out of the same is in National capital Regions (NCR) and Mumbai metropolitan Region (MMR). The NCR accounts to approx 70% of projects that have failed to meet the promised deadlines under the signed agreements. Almost 1.8 Lakh units face an uncertain future in NCR which is valued almost at 1.22 Lakh Crore. These projects have been stalled due to financial strains, launch of over ambitious projects by builders, delayed environmental clearances among others. Most of the developers are looking for joint ventures wherein funding issue gets resolved in order to complete these strangled projects.

The Indian parliament addressed this issue of unregulated real estate market in the year 2016 by bringing in the newly implemented Real estate law (RERA). The Act brought a ray of hope to the aggrieved homebuyers who were being harassed by the capitalistic builders. The implementation of the new law though has its own challenges. The newly implemented authorities in various states are trying to interpret the new law to the best of their abilities in order to bring the best possible solutions for the homebuyers. The Authorities though become handicap at the situation where funds in it is an issue and no stringent deadlines can be fastened but the same has been solved very wisely by the Apex court and the same is being implemented and followed by the authorities. In case of extreme fund shortage either public sector companies have been given the task to complete the projects and even personal assets of such developers have been attached to bring justice to the homebuyers. The provision of RERA registration under the act has also played dual purpose by acting as detriment to the over ambitious launch of projects by the builders and also by making the developers of the ongoing projects answerable to the RERA authority.

Now, though there is a new law in place the fight has just started. The market which has developed and grown multifold in such large span of time cannot be regulated in months. The situation is changing everyday by authorities giving remarkable orders in favor of the aggrieved homebuyers. As they say “Well begun is half done” hopefully RERA will become the knight in shining armor for the aggrieved homebuyers and will protect and govern the real estate market in the long run.