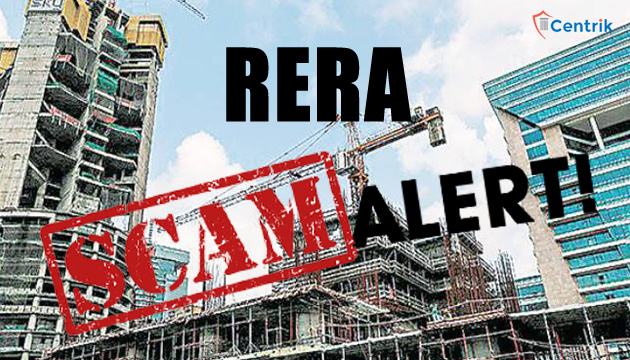 Till now many states have implemented RERA, not only for providing a complete redressal to aggrieved consumers but also to work as watch dog on builder’s projects. As per recent guideline of Bombay High court all the on-goings projects are covered in the purview of RERA and the time limit of providing ruling within 60 days will also apply to the on-going projects.

Recently, On Friday the government of Madhya Pradesh ordered the commissioner of urban administration department (UAD), Vivek Agrawal will probe into alleged multi-crore scam in which officials of building permission section of the Bhopal Municipal Corporation (BMC) issued completion certificate for more than 100 ongoing housing projects in the city so as to save them from the Real Estate Regulatory Authority (RERA) laws.

The completion certificates were issued in back dates (dates before May 1, 2017 when RERA Act came into force). Almost the entire building permission section of BMC including additional commissioner in-charge of the section Mallika Nigam Nagar and city planner G S Saluja were shifted after the “scam” got exposed.

The issue only came forward when many consumers lodged their complaints before RERA Authority in Madhya Pradesh. Antony DeSa affirmed that he had received complaints from some people in October about houses they had booked.

RERA Chairman Antony deSa while addressing the press, quoted that “When builders were questioned with regard to complaints, they produced completion certificates from BMC but the pictures that the complainants had shown made it amply clear that the houses were incomplete,” said deSa, adding: “I asked BMC to verify the veracity of those completion certificates but have not received a response from them yet.”. He elaborated, BMC was warned regarding the irregularities months ago, but didn’t seem to have done much.

Accordingly it has been estimated that at least 30,000 under-construction houses, which should have been covered under provisions of RERA Act, were sought to be exempted from tough RERA laws. About 115 ongoing housing projects in the city were given completion certificate by the officials of building permission section so as to keep them out of RERA’s purview.

While raising the issue in general council meeting of BMC Mr. Girish Sharma, Congress corporator, said “It’s scam to the tune of Rs 300 crore. In past few years, a number of wards in the city grew from 65 to 85. Twenty new villages and areas under Kolar municipality were merged in city limits. When they were not part of BMC, building permission used to be given by panchayat. They had allowed construction on nazool land, green cover and everywhere. All this needed to be regulated by the BMC besides minor violation of building permission, which is common. The BMC would have earned Rs 300 crore as compounding fee from these many projects but to save builders from RERA, building permission officials gave them completion certificate against some monetary gain. But, what they have earned from builders is pittance as against the huge loss caused to BMC.”