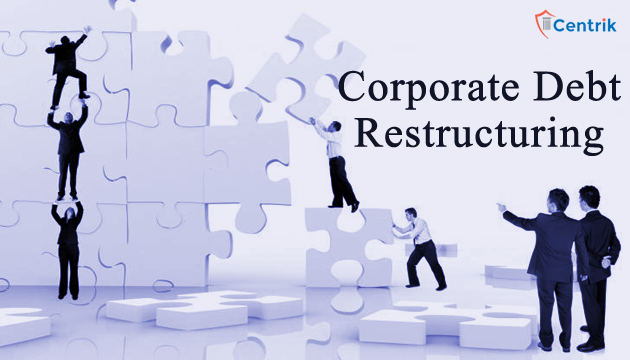 In Spite of their best efforts and intentions, sometimes corporates find themselves in financial difficulty because of factors beyond their control and also due to certain internal reasons. For the revival of the corporates as well as for the safety of the money lent by the banks and FIs, timely support through restructuring in genuine cases is called for. However, delay in agreement amongst different lending institutions often comes in the way of such endeavors.

Based on the experience in other countries like the U.K., Thailand, Korea, etc. of putting in place institutional mechanism for restructuring of corporate debt and need for a similar mechanism in India, a Corporate Debt Restructuring System was evolved, and detailed guidelines were issued.

Based on the recommendations made by the Working Group to make the operations of the CDR mechanism more efficient (Chairman: Shri Vepa Kamesam, Deputy Governor, RBI), which was constituted pursuant to the announcement made by the Finance Minister in the Union Budget 2002-2003, and consultations with the Government, the guidelines of Corporate Debt Restructuring system have since been revised and detailed hereunder for implementation by banks/ FIs. The revised guidelines are in supersession of the extant guidelines outlined in the aforesaid circular dated August 23, 2001.

The main features of the CDR system are given below:

The objective of the Corporate Debt Restructuring (CDR) framework is to ensure timely and transparent mechanism for restructuring the corporate debts of viable entities facing problems, outside the purview of BIFR, DRT and other legal proceedings, for the benefit of all concerned. In particular, the framework will aim at preserving viable corporates that are affected by certain internal and external factors and minimize the losses to the creditors and other stakeholders through an orderly and coordinated restructuring programme.

CDR system in the country will have a three tier structure:

Corporate Debt Restructuring (“CDR”) mechanism is a voluntary non statutory mechanism under which financial institutions and banks come together to restructure the debt of companies facing financial difficulties due to internal or external factors, in order to provide timely support to such companies. The government has taken this step to regulate the stressed assets or products sold on credit by the big corporates, and who failed to realize their bad debts. This step was essential for healthy functioning of the Indian market and escalate the growth of the economy by efficiently dealing with bad debts and defaulters.