The completion date has been preponed by MahaRERA

CentrikBlogsBusiness AdvisoryRERA ConsultingThe completion date has been preponed by MahaRERA 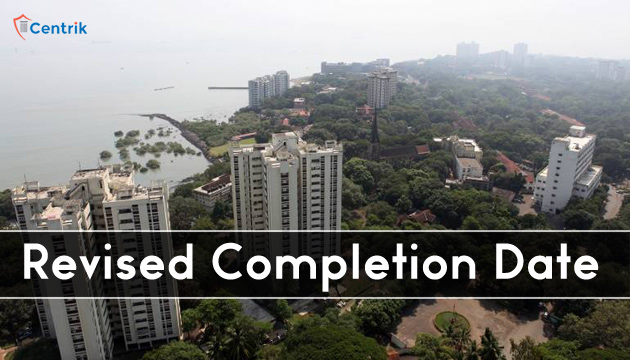 Justice to be served wherever the issue relates to. MahaRERA is leading ahead in proper implementation of RERA regulations. The authority has given many landmark judgments and rulings provided justice to the aggrieved parties. Recently, MahaRERA sets an example proving itself by delivering a firm decision in favor of the Justice. Under this, it also indirectly appreciates the enforcement of RERA. It was stated that the developer had produced false information while registering project with MahaRERA.

“The developer had signed an agreement with the members of the housing society in August 2009. The project was set to be completed within 18 months of the agreement signed by the developer. The developer had mentioned an unreasonable date of completion of redevelopment work in December 2025,” as said by the complainant.

Below explained analysis of the issue makes the reader to understand the given Order by the Authority better.

Issue – the RERA laws was made effective from 01/05/2017. Along-with new project, all on-going projects which have not received the completion certificate were also required to get registered with RERA authority of respective State. Since default under RERA attract heavy penalties, some of the on-going project put unjustified date of completion for RERA registration which in consequences, delayed the project beyond the date given in the agreements.

Complaint – Aggrieved by the un-justified completion date, the buyer files the complaint before MahaRERA to – as follows,

Respondent – Has denied the contentions raised by the complainant stating the following.

In addition to this, the respondent has filed written undertaking on record of this Authority stating that the respondent will rectify the proposed completion date mentioned in MahaRERA registration from 3l-12-2025 to 31-12-2018 and he will submit online application for the said correction.

Considering the rival submissions made by both the parties, the Authority felt that by filing this complaint, the complainant has challenged the alleged irregularities committed by the respondent while implementing the said project. However, this Authority was not competent to entertain such disputes and the State Consumer Redressal Forum has already dealt with such grievances of the complainant. The order passed by the said forum is binding upon both the parties.

Creating these sort of mala fide intension is only because of the lack of fear towards the law and order. It is necessary to maintain the discipline mainly when it comes to the matter of money. That to customer satisfaction must be taken as the nutshell of the business, if not, this tends the party to lose his clients and the clients loses the hope over law and order. And even this may result in degradation of that specified business.

Here, the Real Estate industry is being governed under Real Estate (Regulation and Development) Act, 2016 where the above mentioned decision of the specified case was given under this act. RERA came to the light mainly because of the irregularities have been spread throughout the Real Estate industry. RERA regulates and forces the Real Estate players to maintain the dignity of the Real Estate business as this field is considered as one of the evergreen business upon which the profit is shared mutually (both – buyer and seller). Hence it is the duty of the persons indulging into the business to work for the credit for himself and also for the growth of the industry.