Articles of Associstion of a Company in India 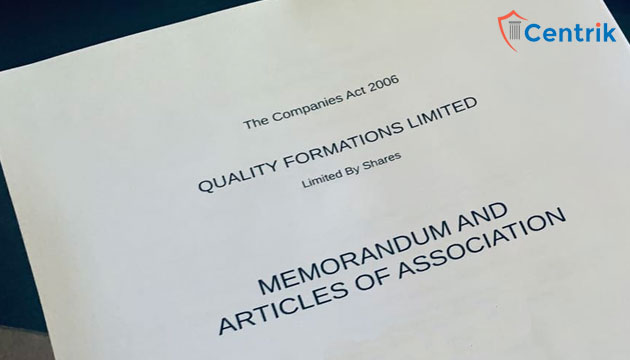 “Articles of association of a company originally created, or as revised from time to time in pursuance of any former company laws or of the present,” according to the Companies Act of 2013. The Articles of Association of a company are the documents that specify the rules, regulations, and bye-laws governing the company’s internal management, as well as the conduct of its business, and are a vital document in the company’s life.

In a partnership, the articles of association are similar to the partnership deed. They cover topics including making calls, forfeiting shares, director qualifications, the procedure for transferring and transmitting shares and debentures, as well as the rights, duties, and appointment of auditors.

Meaning of Articles of Association

The articles of association are a legal document that lays out the rules for a company’s activities and defines its mission. The paper outlines down how activities will be completed inside the business, including how directors will be appointed and how financial records will be handled.

The articles of association describe how the business is managed, regulated, and owned. The articles can limit the company’s powers, which might be important if shareholders seek assurance that the board of directors will not take specific actions without shareholder permission. The Companies Act of 2006, on the other hand, grants a business an infinite right by default.

The articles of association must include provisions regarding the following: