Applicability of the limitation act on Insolvency and Bankruptcy Code 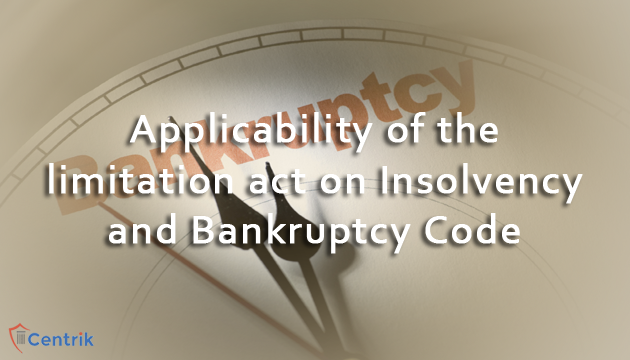 Nexus between the Limitation Act, 1963 and Insolvency and Bankruptcy Code, 2016

The primary and most important objective behind the enactment of Limitation act was to protect the defendants and to provide the justice to the rational and genuine litigants not to those who consider the law as endless weapon to harass the defendant.

Supreme Court via its judgment in B.K. Educational Services vs. Parag Gupta and Associates held the applicability of Limitation Act on the IBC under section 238A of the Insolvency and Bankruptcy code:-

The aforementioned decision is based upon many reasons out of which the most essential one is the Section 433 of the Companies Act which already makes the limitation act applicable upon any applications/petitions/appeals fled before National Company Law Tribunal or National Company Law Appellate Tribunal before the enactment of  IBC, 2016, therefore validating the applicability of Limitation act on IBC.

Major observations made by Supreme court in the B.K. Education judgment (supra):-

Therefore it is clear from the above observations that even though IBC has arrived recently it does not mean it has the power to revive the due already dead in law or allow the litigant to harass the defendant or defaulter against the dead debt or bad debt  regarding which no action was taken prior to the coming of IBC. Also section 238A of the IBC upholds the applicability of Limitation act on IBC. While considering the implementation of Limitation Act, Section 137 of the Limitation Act will be applied upon any application or petition or claim or appeal is filed before the adjudicating authority or tribunal i.e. NCLT or NCLAT.