All about RBI diktat in invoking Insolvency Resolution 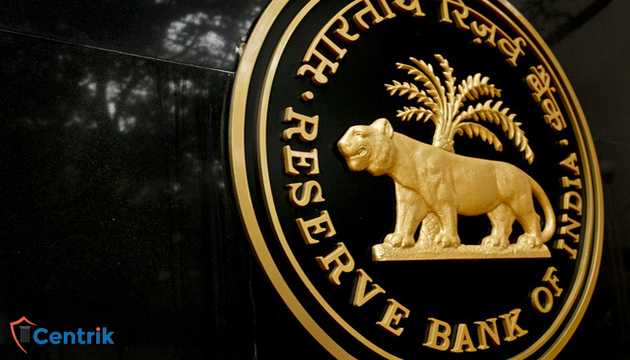 Fifty-two weeks after Reserve Bank of India Governor Urjit Patel put his signature to a historic order for recovering over Rs 3 lakh crore from the top 12 defaulters, just 10% is in banks’ kitty, and just one case has been resolved. To those familiar with the Indian judiciary and the attitude of promoters, it may not come as a surprise, but anyone who believed that the new bankruptcy order would transform the way defaults are resolved, it is a disappointment. As the business and lending culture undergoes a structural change because of the Insolvency and Bankruptcy Code, the incumbent proprietors are using the time-tested technique of litigation to save their empire or conquer new territory. It is a steep learning curve for the empowered bankers who for decades were at the mercy of borrowers.

What are the views of the experts in the subject?

Government actions are not helping either. Two ordinances in less than a year to amend the IBC is keeping bankers, businesses, lawyers and judicial officers in the fledgling National Company Law Tribunals on their toes. It’s confusion galore. Even after one year, only a few of the first 12 large cases referred by RBI have been resolved. It is still early days and we hope there will be more clarity and expeditious resolution and recovery will happen.

Of the 12 cases that included Essar Steel, Bhushan Steel, Electrosteel Steels, Alok Industries and Monnet Ispat, only Bhushan Steel was successfully turned over to Tata Steel for Rs 35,200 crore with a 37% loss to the lenders. Almost every other case faces litigation. The prescription from the regulator in referring cases to NCLT has also made sure that we have some large cases going to NCLT and precedents are being set,” says V Srinivasan, deputy managing director at Axis Bank. The big cases are quite complex and the case precedents will set the ground for smoother resolution of cases in future. The government has also been very flexible in making amendments to the code.

Bankers, who have been complaining about the lack of effective law to recover dues from defaulters, were hesitant to use the IBC for nearly a year after Parliament approved it. Between May 2016, when the IBC was approved, and May 2017, bankers did not file a single case against the top 12 defaulters under the new bankruptcy law for fear of showing losses.

The fate of big defaulters changed only after the RBI diktat on June 12, 2017. They resisted the law because it would show the true value of the assets they have been hiding in bank balance sheets. As the ping-pong between banks and RBI happened as to who would bell the cat, the government empowered the regulator to issue orders which forced Governor Patel’s hands.

The IBC was in place but the required action in respect of the large stressed accounts was not forthcoming on the part of banks and Joint Lenders’ Forums, Part of the inertia may have to do with the initial days of the IBC; but part of it was also the typical and severe agency and moral hazard problems of not resolving NPAs when the banking sector is majorly government-owned.

The regulator played it safe by ordering the top 12 defaulters by amount rather than selecting individual companies that would have exposed it to criticism of being biased. That didn’t help either.

Immediately after the RBI diktat, its powers were challenged and it was accused of being partial and, in a way, stopped resolving a default. The Ruias-owned Essar Steel, the second biggest defaulter with Rs 44,000 crore owed to banks, knocked the doors of the Gujarat High Court with a petition challenging the RBI order and claimed victimhood due to delays. But the court threw the petition out.

The Ruias were not alone. Billionaire Lakshmi Mittal’s Arcelor Mittal, Aditya Birla controlled Ultratech, the UK-based metals group Liberty House also challenged the decisions of banks or NCLT or some or the other provisions of the code. Courts other than the various NCLTs should allow the process to go on, and if the constitutional rights of investor or promoter will be entertained in all cases, then there would be definite delays in the resolution process.

While promoters would naturally be desperate to hang on to their assets, the politically-induced amendments that prohibited defaulters from bidding for their assets have probably caused more delays than any other. The delay in resolution of Essar Steel is solely because of that. Both the Ruias and Mittals – whose companies have defaulted – have been working around the law to be eligible to bid for the company. While both want to own the asset, they are hesitant to pay-up unconditionally to be eligible for bidding. In a strange case, Ultratech, which lost out to Dalmia Cements in buying Binani Cement, struck a deal with the parent company outside of NCLT.

The year 2018 would be a landmark year for the IBC as the judgements of the various on-going court hearings would clarify the varying interpretations of the code and set a precedent for future resolution processes,” says Abhishek Dafria, co-head, corporate ratings,ICRA.

Law is a matter of interpretation. When the Civil Procedure Code, the Indian Penal Code or even the Constitution of a nation are under constant interpretation even after decades in existence, what could be the state of a law that’s just two-year-old.

Never ever in the history of this country, a law has been implemented with this kind of vigour, emphasis, focus and concerted efforts by all the stakeholders. Though the RBI order in mandating trial of defaulters under IBC is yet to show material results, it has sown the seeds of a change with promoters, who in the past were calling shots instead of bankers.

Companies that have liquidity available with them or have the ability to raise additional finances to meet any dues outstanding are now proactive in ensuring timely repayments. It has also been observed in certain instances that the corporate debtor has repaid the dues right after the creditor has filed an application to the NCLT. Even the banks which were just interested in recovering their money, are showing interest in resolution since the upside for them is higher than just going for liquidation.

IBC is not a recovery mechanism, this is a resolution mechanism. The lenders were least bothered about rehabilitation of the company. For them what mattered was how much money was coming back. I think this mind-set is changing in a few cases, but it’s still a long way to go.

In many cases, especially the steel companies which were like millstone around their necks, the banks had little hopes of recovery. But the severe contest among bidders has shown that the RBI’s diktat in mandating the big ones is laying the foundation for better practices in the future.

The IBC process is making price discovery very robust, says Srinivasan of Axis Bank. If you look at what we would have expected of the steel companies before NCLT and after NCLT, the recoveries are much higher than we anticipated. As matters stand, it may be a state of glass half empty.