6 Tax Tasks You Should Finish by March 31

CentrikBlogsTax AdvisoryTax Planning6 Tax Tasks You Should Finish by March 31 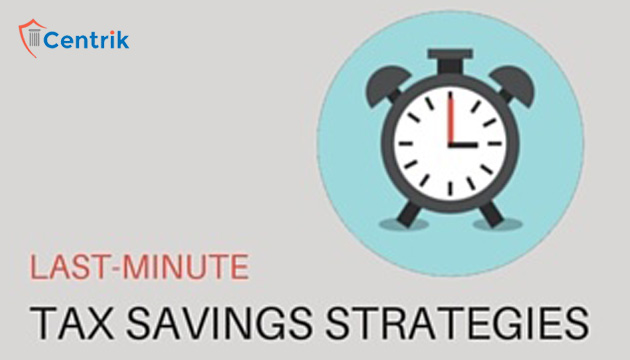 Effectively, three working days are left for the end of the financial year 2016-17. Although the Reserve Bank of India has directed banks to remain open on all days till April 1, 2017 to facilitate government receipt and payment functions including collection of taxes, for a taxpayer, the March 31 deadline remains sacrosanct as all tax related tasks need to be completed by then.

If you are contemplating to take up the tax matters at the last minute, there could be bad surprises in the offing. Say, a taxpayer invests through a cheque on March 30 (or even on March 29), but the payment doesn’t go through for some reason, say, wrong date or signature mismatch, and by the time the taxpayer rectifies the mistake, it’s the new financial year (FY), i.e., 2017-18. Something may go wrong when it comes to online payments too if things are left to the last minute.

Here are few tax-related matters to attend to now so that they can be wrapped up by March 31.

If tax remains to be paid

If you are filing ITR for any previous year, make sure you are adding interest on the unpaid tax, if any. Under Section 234A of the I-T Act, interest is levied for delay in ITR filing. The taxpayer is liable to pay simple interest at 1 per cent per month or part of a month for delay in filing ITR. Gupta informs, “To avoid penal interest on tax dues, one must pay all taxes by March 31. However, if advance tax applies to you and you didn’t deposit advance tax as per instalments, interest under section 234C may still apply to you. Businesses covered under presumptive income scheme must also make sure the deposit all their tax dues by March 31.”

More than one employer

If an employee switched jobs in 2016-17, he needs to inform the present employer about the details of income, provident fund (PF) contributions, Section 80C, leave travel allowance (LTA), etc., already made with the previous employers. In fact, this should be done at the time one joins the new job, and by March 31 in any case. Information about salary earned from the previous employer and tax deduction at source (TDS) can be communicated to the current employer by using Form 12B. Besides, one can make disclosures about tax deductions one wants to claim in Form 12BB to their current employer, says Gupta.

The tax saving investments done in FY 2016-17 will help you lower your tax liability for the year. Choosing the right tax saver may not be an easy task for all, hence do not wait till March 31.

For salaried individual, merely making a tax saving investment may not be enough. One needs to submit documentary evidence of the same to the employer. Most employers have a cut-off date for such submissions, which could be anytime between January and February 2017. For those who have made tax saving investment after the employer’s cut-off date, the same can be shown while filing ITR.

Investments made on ad-hoc basis have high probability of not giving the desired results. From the start of the next FY, prepare a plan in advance, taking care of your tax savings requirement and the goals to achieve. Unless you begin now, March 31, 2018 will not be any different from what it is this year.