8 Steps How Criminal Case Is Moved 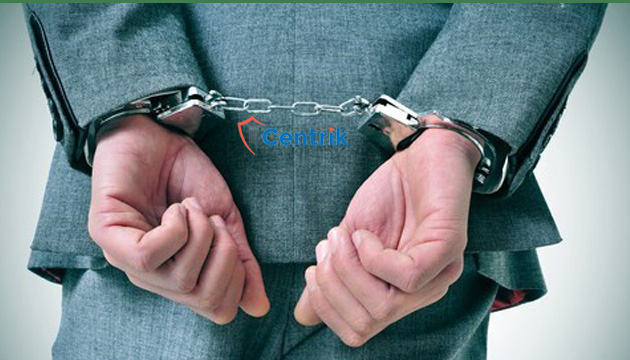 “Crime a word which can frighten anyone.”

Criminal prosecution develops in a series of stages, beginning with an arrest and ending at a point before, during or after trial. The majority of criminal cases terminate when a criminal defendant accepts a plea bargain offered by the prosecution.

(1) The officer observes the person committing a crime;

(2) The officer has probable cause to believe that a crime has been committed by that person; or

(3) The officer makes the arrest under the authority of a valid arrest warrant.

After the arrest, the police books the suspect. When the police complete the booking process, they place the suspect in custody. If the suspect committed a minor offense, the policy may issue a citation to the suspect with instructions to appear in court at a later date.

If a suspect in police custody is granted bail, the suspect may pay the bail amount in exchange for a release. Release on bail is contingent on the suspect’s promise to appear at all scheduled court proceedings. Bail may be granted to a suspect immediately after booking or at a later bail review hearing. Alternatively, a suspect may be released on his “own recognizance.”

A suspect released on his own recognizance need not post bail, but must promise in writing to appear at all scheduled court appearances. Own recognizance release is granted after the court considers the seriousness of the offense, and the suspect’s criminal record, threat to the community and ties to family and employment.

The suspect makes his first court appearance at the arraignment. During arraignment, the judge reads the charges filed against the defendant in the complaint and the defendant chooses to plead “guilty,” “not guilty” or “no contest” to those charges. The judge will also review the defendant’s bail and set dates for future proceedings.

The government generally brings criminal charges in one of two ways: by a “bill of information” secured by a preliminary hearing or by grand jury indictment. In the federal system, cases must be brought by indictment. States, however, are free to use either process. Both preliminary hearings and grand juries are used to establish the existence of probable cause. If there is no finding of probable cause, a defendant will not be forced to stand trial.

A preliminary hearing, or preliminary examination, is an adversarial proceeding in which counsel questions witnesses and both parties makes arguments. The judge then makes the ultimate finding of probable cause. The grand jury, on the other hand, hears only from the prosecutor. The grand jury may call their own witnesses and request that further investigations be performed. The grand jury then decides whether sufficient evidence has been presented to indict the defendant.

Pre-trial motions are brought by both the prosecution and the defense in order to resolve final issues and establish what evidence and testimony will be admissible at trial.

At trial, the judge or the jury will either find the defendant guilty or not guilty. The prosecution bears the burden of proof in a criminal trial. Thus, the prosecutor must prove beyond a reasonable doubt that the defendant committed the crimes charged. The defendant has a constitutional right to a jury trial in most criminal matters.

A jury or judge makes the final determination of guilt or innocence after listening to opening and closing statements, examination and cross-examination of witnesses and jury instructions. If the jury fails to reach a unanimous verdict, the judge may declare a mistrial, and the case will either be dismissed or a new jury will be chosen. If a judge or jury finds the defendant guilty, the court will sentence the defendant.

During the sentencing phase of a criminal case, the court determines the appropriate punishment for the convicted defendant. In determining a suitable sentence, the court will consider a number of factors, including the nature and severity of the crime, the defendant’s criminal history, the defendant’s personal circumstances and the degree of remorse felt by the defendant.

An individual convicted of a crime may ask that his or her case be reviewed by a higher court. If that court finds an error in the case or the sentence imposed, the court may reverse the conviction or find that the case should be re-tried.