Tax exemption limit of gratuity going to be doubled 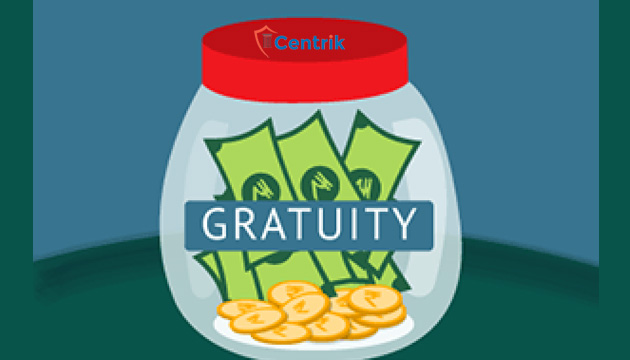 Gratuity, a retirement benefit, is simply the employer’s way of saying ‘thank you’ to the employee for rendering his continuous service to the organisation.

As per current laws under the Payment of Gratuity Act 1972, the gratuity received by government employees is tax exempted, i.e., one is not required to pay any tax on the gratuity amount.

On the other hand, for a non-government employee, the gratuity received in his entire working life is tax-free up to a maximum limit of Rs 10 lakh.

The government’s decision to raise the tax-free gratuity limit to Rs 20 lakh for non-government employees may lead to big tax savings. The decision has yet to be approved.

To calculate the tax exempted amount for non-government employees, they are divided into two categories:

For the employees covered under the Act, the least of the following is exempted from tax:

c) 15 days salary* based on the last drawn salary for each completed year of service or part thereof in excess of six months.

For the employees not covered the Act, the least of the following is exempted from tax:

c) Half month’s average salary* for each completed year of service.
(Salary includes basic salary received by the employee and the dearness allowance and commission received if any)

The average salary is taken as the average of the salary of last 10 months immediately preceding the last working month.

The tenure for which the employee has rendered his services is based on whether the organisation is covered under the Act or not.

a) If the organisation is covered under the Act, the employee’s service tenure will be considered for a full year, provided he has worked for more than six months, but less than a year.

b) If the organisation is not covered under the Act then the tenure of the employee whose services exceeds six months, but is less than a year will not be considered as a full year.